The Cook name offers two images, the chef and the tour guide. Choose either one as you click the accompanying menu, a selection based on taste or one based on a journey.  If taste, you can select Poetry, Cartoons, Satire, Plays, Sayings and Observations, or Unpublished Work; if the journey, you will find a pilgrimage without Jesus in Psalms for the 21st Century, a pictorial rendering of current events in cartoons, a fun trip in biting satire, a journey through the lies and deception of the Bush administration in articles, a trip back in time to the days of Diogenes and the sages in Sayings and Observations, and a scholarly, intellectual journey that covers the ages from medieval times to the present.

Please enjoy your stay at my site, and, please offer comments. 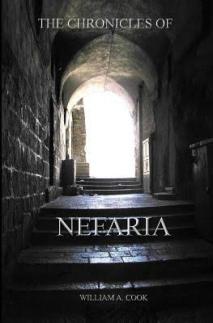 The Chronicles of Nefaria

by William A. Cook

"The Chronicles of Nefaria" is short fiction, Kafkaesque in attitude, drawing on current events happening in the mid-east, metamorphosed into a surreal world that exemplifies the horror of leaders devoid of humanity. The story begins on the first day of the Sacred Season of Forgiveness and Retribution. A Patient, the Prime Minister of Nefaria, lies immobile in a hospital bed, able to hear and think but unable to see, touch or feel anything. He moves in and out of consciousness responding to voices and sounds. He's attended to by a nurse, an Elusian girl from the occupied territory that Nefaria controls. The novel covers the seven days of the sacred season. It is a fictional work based on real events and real people. Yet its purpose is to serve as a metaphor for the conditions we face in our world, a world unfortunately that has not advanced beyond ancient superstitions and medieval beliefs. Power rules and destroys both the conquered and the conqueror. 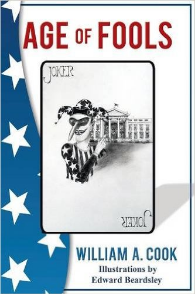 William A. Cook's Age of Fools is an attempt to relocate our society where it belongs. It is an injection of intense humanism, a celebration of creative thinking that encourages creative reading. - Gilad Atzmon, Israeli-born British Jazz Artist, Author & popular Critical Analyst of Mid-East and Global Affairs Bill Cook is the Barbara Tuchman of our time. This is a courageous book, not the brawny courage of the warrior, but the deeper courage of the peacemaker and the eloquent courage of the truth-teller, who speaks of things many would rather not hear, even though their very future may depend upon it. - Jeffrey St. Clair, Editor, CounterPunch Writes Cook: "From the opening volley of Neo-Con unelected, self-appointed manifestos to take control, to the lies they told the American people through their representatives, to the failure to seek the truth about what took place on 9/11, I have witnessed a cold-blooded group of arrogant men systematically emasculate the rights of the American citizen. What America was in its birthing, it is no longer." Labeling this era "Age of Fools" in the tradition of 15th century Sebastian Brant's "Ship of Fools" and embellishing his work with artwork by Edward Beardsley, Cook writes: "How ironic that the self-proclaimed righteous, the born again Christian Zionists and the Jewish Zionists wheedle their way into their respective governments, preaching the Devil's agenda, using superstition, deception and hypocrisy. In the process they destroy the true and permanent tenets of Christianity and the founding principles of Democracy. America, in short, mirrors the arrogance of the Israeli state under... right-wing Zionist groups that constitute its government... With Israel, driven by its god of war, we are the twin demons of destruction that live in constant fear of all peoples who would rather die than be subjugated, exploited, or oppressed."

Get your copy today www.Amazon.com 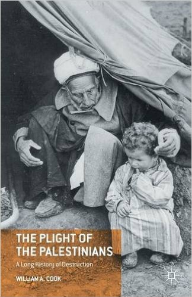 The Plight of the Palestinians: A Long History of Destruction

The Plight of the Palestinians: a Long History of Destruction, edited by Dr. William A. Cook, is out now, available to order in a new paperback edition with a new Foreword by Dr. Richard Falk. This paperback edition makes it possible to purchase the book for $35-$40 (the price is being determined right now). By contrast with the cost of the hard copy at $87.and 100 Euros, the book might be more accessible to the average readers’ pocketbook.

Macmillan has provided a rare publishing event—a critical collection of essays on genocide in Palestine for the scholar, the journalist, and the student of the Israeli/Palestinian conflict. The Plight of the Palestinians forces both Israeli commentators and Palestinian advocates to address controversial legal and humanitarian issues that have rarely been faced over the past 15 years as any criticism of the Israeli government has itself been criticized, especially in America.

Let’s take advantage of this event—let’s declare the value of the book as it opens the door to serious dialogue. Let’s send this notice to as many as we can throughout the world, including relevant blogs and independent media outlets. There’s an opportunity here that should not be missed. At last voices speaking on behalf of the oppressed that justice be sought and peace made possible. Consider that as you read this, the French government has started a UN controlled peace plan removing the US as broker for Israel. By moving the negotiations out of Washington and Jerusalem, and placing the Israeli policies on Palestine before the UNGA, and perhaps the UNHRC and the ICJ, justice might be forced on Israel. This book is at the center of this debate. Thanks for your help in making this happen.

The Plight of the Palestinians: a Long History of Destruction is a unique chronicle of Israel’s slow, methodical genocide in Palestine, as it occurs daily before an international audience. Dr. William A. Cook’s latest book, published by Palgrave Macmillan, is a collection of global voices revealing and responding to the atrocities committed in the occupied land, which began in the 1940s and which continues to escalate. Each chapter captures the urgency of the ongoing crisis in real-time during the first decade of the twenty-first century. As Dr. Cook writes in his Introduction, “This collection provides the reader with an incredible range of voices—academic scholars, journalists, editors, lawyers, United Nations agency personnel, activist organizers in Israel, Palestine, Australia, and Canada—reflect[ing] cautioned, critical, carefully analyzed, and documented presentations that confront the realities of Israel’s policies as they are antithetical to the moral principles that give meaning to the UN’s Universal Declaration of Human Rights, the Geneva Conventions, and the UN Charter. They provide documentable evidence that should shake the complacency and indifference that characterizes the governments that accept in silence the ruthlessness of the occupying power that has decided to impose its will on the hapless people of Palestine by destroying their culture and identity even as it imposes on all in Palestine the national pattern of the oppressor. That, in effect, is the definition of genocide.”

Editors and book reviewers interested in reviewing the book can receive free copies by contacting Dr. Cook at wcook@laverne.edu and he will have Palgrave Macmillan send a copy to your snail mail address. Dr. Cook is also available for book signings or presentations on the book and its content, genocide in Palestine. No speaking fees anticipated but travel and lodging necessary.

The Plight of the Palestinians: a Long History of Destruction is out now, available to order. The book is also available at other popular book retailers. For more information, visit www.Amazon.com 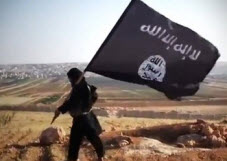 A history lesson: what ISIS learned from IRGUN.

Psalms for the 21st Century

The Agony of Colin Powell

Don't Learn from Isreal: An Open Letter to the Mayor of Minneapolis, Jacob Frey